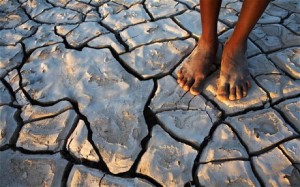 Climate change affects us all, but it does not affect us all equally. The poorest and most vulnerable –those who have done the least to contribute to global warming—are bearing the brunt of the impact today”.
UN Secretary General, Ban Ki-moon

Introduction
As negotiators and experts prepared to enter the high level segment of the 19th Session of the Conference of the Parties (COP) to the UN Framework Convention on Climate Change (UNFCCC), the mood among African delegates was one of confidence and determination to defend the continent’s interest at all costs (ECA 2013). Such actions endorse the circulating talks of Africa speaking with one voice and there being greater cohesion among its negotiators than there was a few years ago.

Today, Africa’s climate negotiations are being strongly led by the Africa Group of Negotiators (AGN), an alliance which consists of climate change negotiators from every African country. One country is selected to chair the group for a period of two years and in January 2014, the Republic of the Sudan became its current chair. The AGN’s structure consists of all African Member States’ senior officials, experts and negotiators in the UNFCCC negotiations, with the African Ministerial Conference on the Environment (AMCEN) providing political oversight to the group. It represents the region in the international climate change negotiations with a common and unified voice. This common and unified voice only began to be heard quite recently, in total contrast to the far less influential and coordinated Africa that faced the world less than a decade ago. How has this position come about and how sustainable is it?

Climate change continues to be one of the most important issues on the global political and economic agenda. The UN negotiations on climate change entail a fundamental transformation of the global economy and constitute the single most important process in world politics (Dimitrov 2010). Developing countries face a number of key obstacles that limit their participation in global negotiations (Gupta 2000). These obstacles have been particularly evident in the African continent, whose geopolitical status was often perceived as low. Perhaps most importantly, the region’s participation has been constrained primarily by the way climate change was originally communicated.

In the beginning, climate change was presented as a scientific problem (complex, confusing, and at times even the science was contested) and most significantly the debate took place in developed nations, and was led by these nations, among a public largely safe from the worst effects of climate change (BBC Africa Talks Climate 2010). Another reason for this paucity could be attributed to Africa’s portrayal as a recipient, not formulator, and a victim, not participant, of responses (Makina 2013) in the face of the threats posed by climate change. Furthermore, there were low levels of negotiator training, limited institutional capacity and poor access to high-quality information. Despite the African Group of Negotiators (AGN) being active in the global climate change negotiations since their inception at the Rio “Earth Summit” in 1992, for the most part of the last two decades, these constraints are among the main reasons why Africa has been a relatively minor coalition when compared to others; for instance the Alliance of Small Island States (AOSIS), Organisation of Petroleum Exporting Countries (OPEC) and the group of 77 (G77),  have each significantly influenced the course of the UNFCCC negotiations over the years (Roger 2013). As a result, over the last two decades, the AGN attracted scant attention from either policy makers or any political scientists interested in the global climate change negotiations, as little was known about the group (Roger 2013).

Today however, the situation has changed significantly and climate change is now a high profile political issue, bringing people to understand the challenges and work out solutions together. Africa has repositioned the AGN bureau to enable its role to strongly advance common African interests on the issue of climate change.

Until only recently, the AGN was acting alone as Africa’s main negotiator on climate change. This meant a small delegation at a meeting with a vast and packed agenda, at a big venue and against big delegations. However, over the past few years, there has been a shift which has seen Africa’s negotiations being guided and coordinated by the African Union Assembly (AUA), the Committee of African Heads of State and Government on Climate Change (CAHOSCC), the AMCEN and the African Development Bank (AfDB), among others. Given these changes, AGN appears to have grown in stature and progress.

This has brought about a major shift, which has seen Africa’s recognition in global climate negotiations as well as its increasingly central role due to technical support that various agencies (such as African Climate Policy Centre (ACPC) and the Climate for Development in Africa (ClimDev-Africa) and partners provide. Clearly differentiating itself from others, such as the G77, AGN’s high levels of engagement have come in the form of taking a more proactive agenda-setting approach, prominent brokering roles, advocating dynamic and ambitious positions, and more effective bargaining strategies, all of which influence global outcomes to a greater extent.

To continue on this positive trajectory of Africa’s participation in climate negotiations, it is far more important to negotiate a system that adequately sustains their needs and addresses their trepidations. One of the key messages from the Third Annual Conference on Climate Change and Development in Africa (CCDA III) came from the United Nations under Secretary General and Executive Secretary of the UN Economic Commission for Africa (ECA), Mr. Carlos Lopes. Mr. Lopes  cautioned that because Africa is “trapped in global negotiations on climate change which on the whole are largely driven by global and external interests”, a solution space would only be created when Africa “firms up its own views on how to put the continent’s interest first” (ECA 2013). With climate change far from being an abstract concept and already determining the course of people’s lives, the coordinated African political voice is a very positive starting point. With 54 nations talking together and realising that they gain more unified, than if they were all talking separately, how can Africa’s engagement with climate change negotiations be bolstered to protect the modest gains that have been made in Africa on sustainable development?

Some Current Challenges and Opportunities

Despite the progress illustrated above, the AGN continues to face significant barriers to effective participation in the climate change negotiations. As recent as COP19, there are key issues that came out that continue to pose challenges to the AGN’s full participation at such negotiations. However as discussed in the final section of this article, there are a number of opportunities to counter these issues that were suggested at the workshop on the ‘Identification of Needs of AGN on Climate Change’ that was held in Addis Ababa, Ethiopia in May 2013 (ACPC and ClimDev Africa 2013). Below I have detailed only four key issues (and yes there are many more which can be looked at!) and I have taken some of the responses from the Addis Ababa meeting as stop-gap measures that can hopefully be translated into long term solutions to some of these challenges.

In conclusion, by employing a political economy lens as a process by which ideas, power, and resources are conceptualised, negotiated, and implemented by different groups at different scales (Tanner and Allouche 2011), this article has discussed that in the interest of a fair and equitable global response to climate change, Africa’s active and influential role in the climate change negotiations be sustained. As African participation continues to grow, strategies and resources need to be made available to create a space for many that will help build a much stronger African voice. Indeed the AGN is increasingly speaking with a single voice, and cooperation is likely to deepen in future negotiations as the group builds upon its recent achievements, however only if capacity and capability support is sustained and made widely available will many challenges to Africa’s participation in global climate change negotiations be truly defeated.