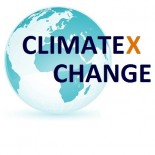 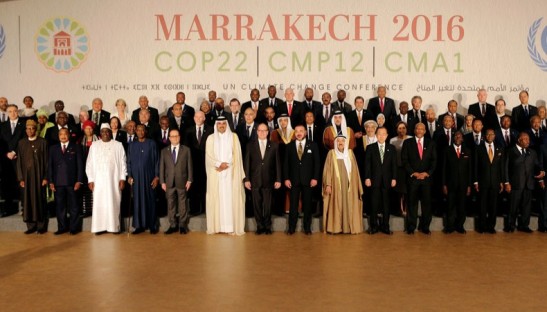 Three months ago, in early November the UNFCCC summit (COP, Conference of the Parties) took place in Marrakesh. After the ratification of the Paris Agreement last year the task is now how best to fill it with life.

Present as an observer I followed the gathering of the 197 Parties (196 States + EU) of the UNFCCC (United Nations Framework Convention on Climate Change) and sought to answer the following questions:  What are the core subjects of the negotiations? What progress has been made since Paris? And what is there still left to do? The following text is a preliminary attempt to answer these questions, and thereby a rough summary of the outcomes of the summit. Further related resources can be found at the end of the text.

While the global Climate goals were defined and agreed on in Paris, the process in Marrakesh began to determine the exact measures and rules by which those goals can, if possible, be reached. Central to this process- is the clarification of technical details, standards, definitions and reference times. Given that the interests of the participating parties are often in opposition to each other, negotiations over these points are as complicated as the agreement of the UNFCCC goals themselves. The main points  requiring clarification are as follows:

“Holding the increase in global average temperature to well below 2 °C above pre-industrial levels and pursuing efforts to limit the temperature increase to 1.5 °C above pre-industrial” is one of the core paragraphs of the Paris Agreement. The current pledges of individual countries, however, aren’t even sufficient to stay below a 2°C limit (according to climateactiontracker.org, we would reach a global mean temperature of 2.8°C by the end of the century). Thus, the national plans to decarbonize need to be adjusted. Here, it is intended that poorer countries are supported by richer countries. In Paris it was agreed on that industrialized countries would contribute 100 billion US $ yearly from years 2020 – 2025 to a Green Climate Fund in order to support mitigation and adaptation measures in poorer countries. So far it is not clear where this money should come from, or the degree to which the private sector should be involved. Similarly, plans on how this money will be spent and distributed still require detailed elaboration. A further issue is the installation of loss and damage mechanisms for compensation for climate catastrophes. As a topic which has been on the agenda since the 2013 negotiations in Warsaw, this is a question of how regions that contributed the least to a changing climate can be effectively secured, and if necessary, compensated after climate catastrophes such as droughts, heatwaves, floods or storms. Further, the question must be asked if it is possible to assign a monetary value to every loss. Starting with a dry run in 2018, a global stocktaking process will take place every five years examining the implementation of the measures agreed on and recorded in the Paris Agreement. Before then the rules under which success and failure can be evaluated and compared on a common basis need to be defined. An international Rule-book of the Paris Agreement is necessary.

The summit in Marrakesh started under positive preconditions. The Paris Agreement was ratified by enough countries, and faster than initially expected and thus came into force just a few days before the opening plenary at Marrakesh. Thus, for the first time not only the COP (Countries under the framework of the UNFCCC) and CMP (countries under the framework of the Kyoto Protocol) but also the CMA (Conference of the Parties serving as the meeting of the Parties to the Paris Agreement, the group of those countries who ratified the Paris Agreement) were assembling.

However, on the third day the unexpected result of the US presidency overshadowed the negotiations. Trump’s statements on the issue of climate change during the campaign raised grave concerns of a reorientation of the US climate policy under his presidency. His current designated candidate for the Environmental Protection Agency (EPA) Scott Pruitt a climate change denier and Trump’s recently announced plans to cut NASA’s Climate Science programs didn’t achieve to settle those concerns. Even though the US delegate Christo Artusio stressed the “[…] historic practice (of the US) to honour and implement an agreement when it is into force” it is now highly likely that the US will fail to be a positive driving force in climate policies in the upcoming four years.

However, the US election results also led to the unexpected public support for the UNFCCC process from a previously unengaged arena. Before the end of the negotiations in Marrakesh some 360 US companies demanded to remain within the framework of the Paris Agreement (Low-Carbon USA). Further, China now the world’s largest emitter and a relatively unmotivated participant of prior negotiations issued a statement stressing that they intend to maintain their climate goals irrespective of future US climate policy.  In the Trump era China could well become an unforeseen climate champion. During the negotiations in Marrakesh no party used the moment of uncertainty to undermine the Paris Agreement. This wholly positive trend, was summed up by Laurence Tubiana, France’s climate ambassador to the UN, optimistic statement: “It’s a good test, it’s the first test, it’s good it comes early in a way.”

What was decided in Marrakesh and what’s still left to achieve?

In the end the most important signal coming out of Marrakesh seemed to be the demonstration of unity and determination to stick to the Paris Agreement. The Marrakesh Action Proclamation, a document issued by the heads of state present in the last week of COP22 supported the Paris Agreement with the words:

“We welcome the Paris Agreement, adopted under the Convention, its rapid entry into force, with its ambitious goals […] and we affirm our commitment to its full implementation”

Discussions on the aforementioned topics were commenced, but specific agreements were made only with respect to organizational questions (e.g. working plans for continuation of the discussions).

The most noticeable events this year took place on the sidelines of the negotiations. The first countries (U.S.A, Germany, Mexico, Canada) submitted their long-term climate plans (leading towards 2050). A platform was initiated with the purpose of offering support to other countries for following this lead. Additionally, the “Climate Vulnerable Forum” a union of the 47 poorest countries announced their intention to switch to 100% renewable as soon as possible. In another flicker of hope, just before the negotiations ended it was announced that for the third year in a row, global emissions haven’t risen.

A key paragraph of the Marrakesh Proclamation stated: “ […] we have seen extraordinary momentum on climate change worldwide, and in many multilateral fora. This momentum is irreversible – it is being driven not only by governments, but by science, business and global action of all types at all levels.” There are many indications that these are not just empty words.

Moving forward the Paris Rule Book needs to be in place by 2018 at the next meeting of the CMA. Preparing this will remain on the to-do list of the upcoming COP23 which take place in Bonn (residency of the secretariat of the UNFCCC) under the presidency of the Republic of Fiji.

Many thanks to Amy Howden – Chapman for comments and editing.

This text appeared first in German at the Blog: Klimalounge – Nah dran am Wandel.

The full text of the Marrakesh Action Proclamation: http://unfccc.int/2860.php#auv

More on the history of  the UNFCCC: http://unfccc.int/essential_background/items/6031.php .

The world of the UNFCCC is full of Acronyms. A glossary can be found here: http://unfccc.int/essential_background/glossary/items/3666.php

The current status of the ratification of the Paris Agreement Status and information on the tasks of the CMA: http://unfccc.int/paris_agreement/items/9485.php .

Ways for Trump to abandon the Paris Agreement: http://www.sciencemag.org/news/2016/11/what-trump-can-and-cant-do-all-himself-climate

Third year in a row no increase of global carbon emissions: https://www.theguardian.com/environment/2016/nov/14/fossil-fuel-co2-emissions-nearly-stable-for-third-year-in-row

Summary of the Marrakesh Conference:
https://www.carbonbrief.org/cop22-key-outcomes-agreed-at-un-climate-talks-in-marrakech

Another more detailed (and more technical) Summary of the Negotiations in Marrakesh: http://www.c2es.org/international/negotiations/cop22-marrakech/summary

An updated Overview of Emissions from human and natural Processes can be found here: http://www.globalcarbonatlas.org